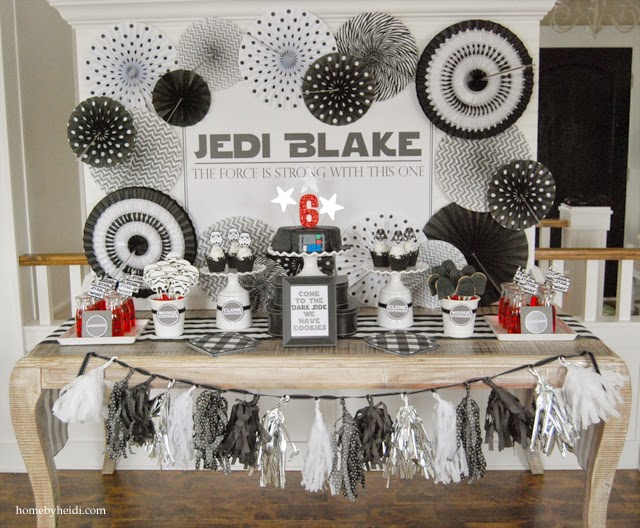 Star Wars is a pretty big deal around our house. At least for Mr. Blake! Ok, well maybe for his Dad too! (wink) The last time we were at Disneyland, all Blake could talk about was going to meet Darth Vader and “defeat him”… but the moment his brother, sister and all his cousins signed up for Jedi Training we found Blake hidden behind a chair, peeking over the edge, TERRIFIED by the big Man in Black.  haha… that was last Spring.  Since then he has informed me he is NOW ready to challenge Darth Vader.  He has been collecting Light Sabors and working on his MOVES. We are planning a trip hopefully soon so he will get his chance. WE WILL SEE! haha
For his 6th Birthday, he wanted a Darth Vader/Star Wars party, of COURSE!!! I started off with just a black and white theme but without RED it just didn’t feel like a Darth Vader party. So I added a Custom Cake topper (watch for tutorial soon) splash of Red with gum balls as a filer and Red Vaderade!!! 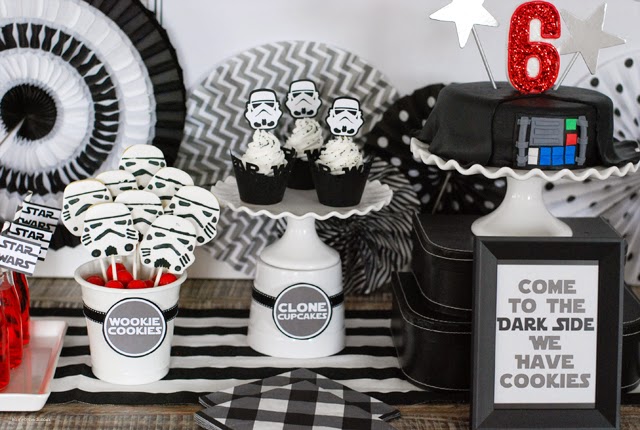 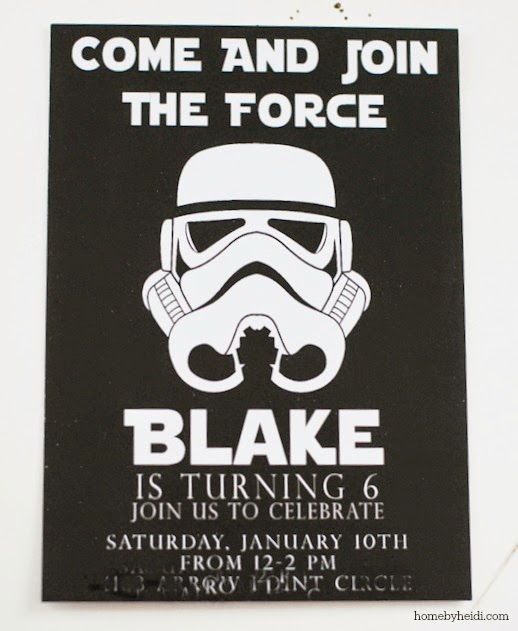 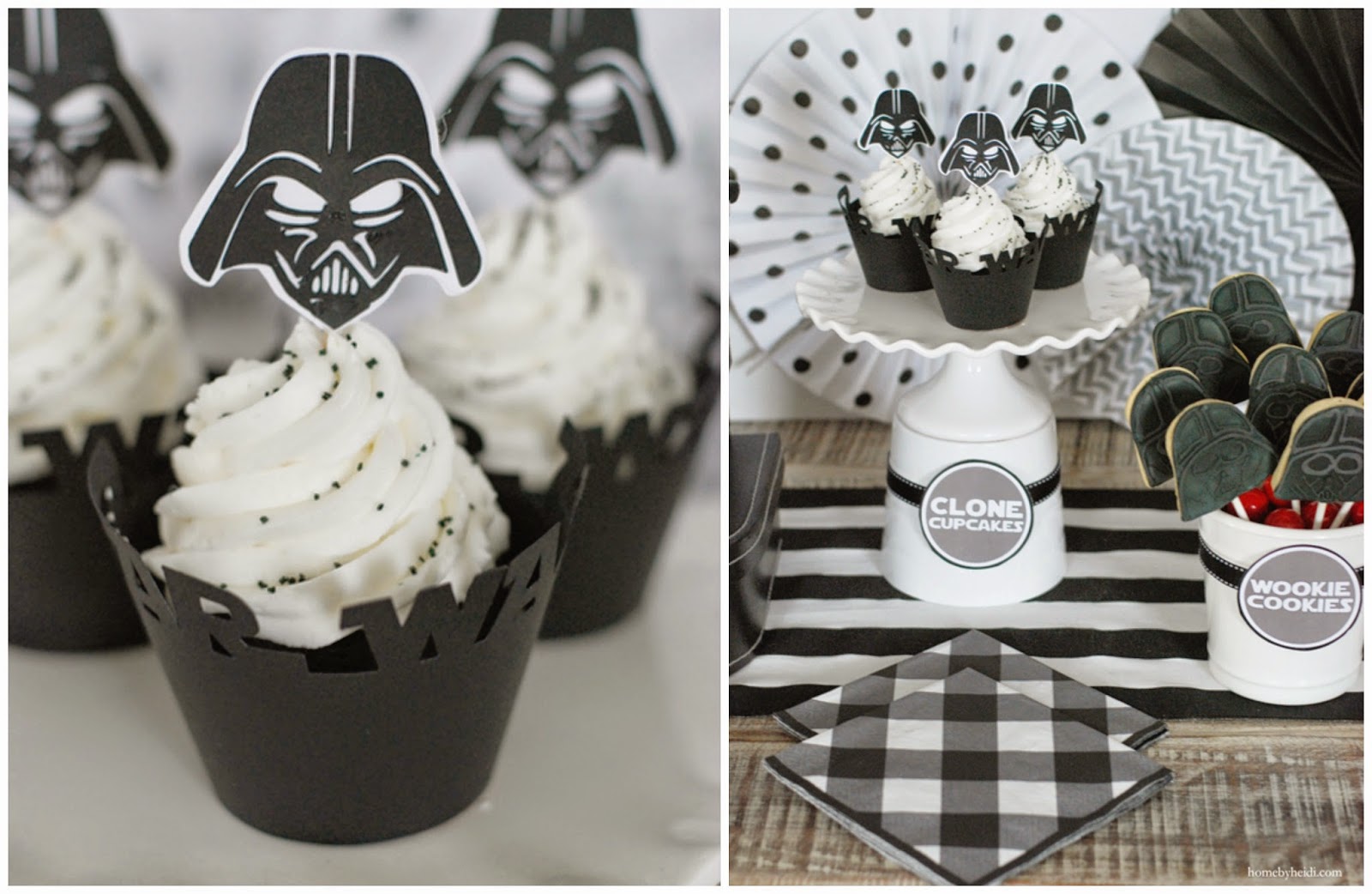 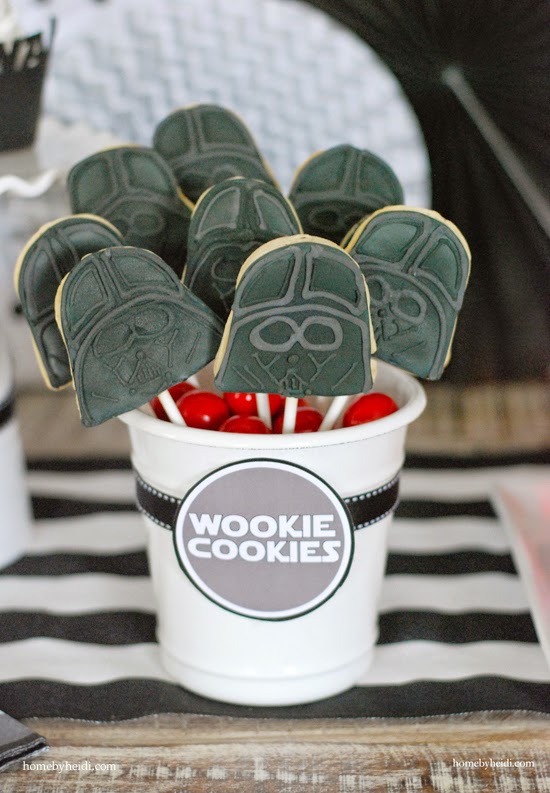 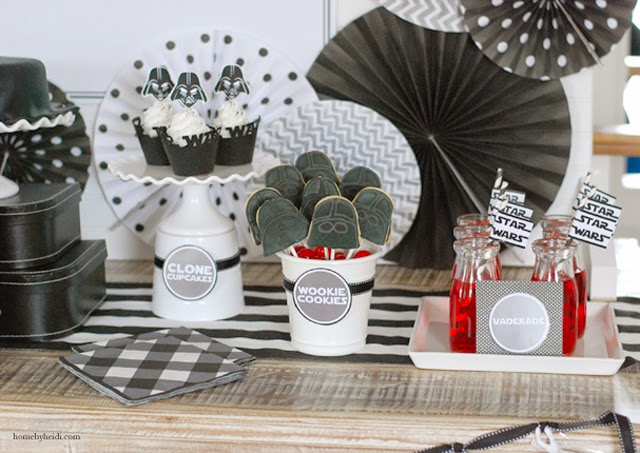 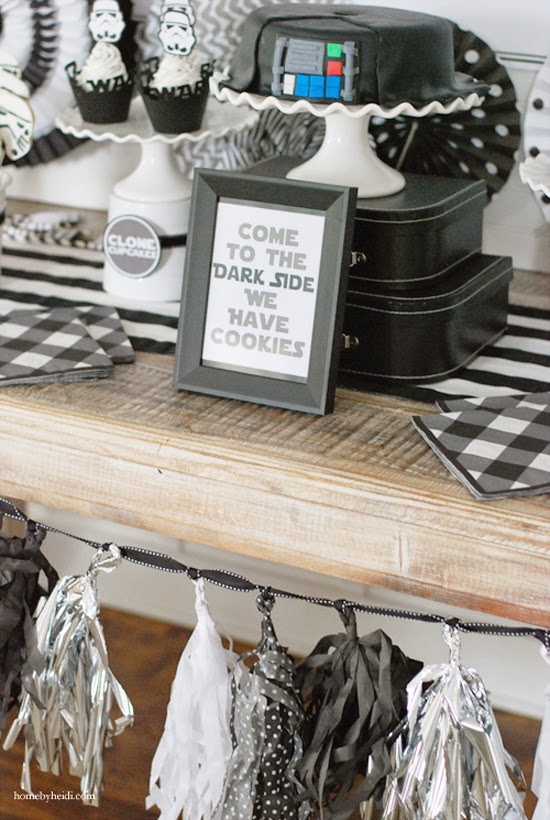 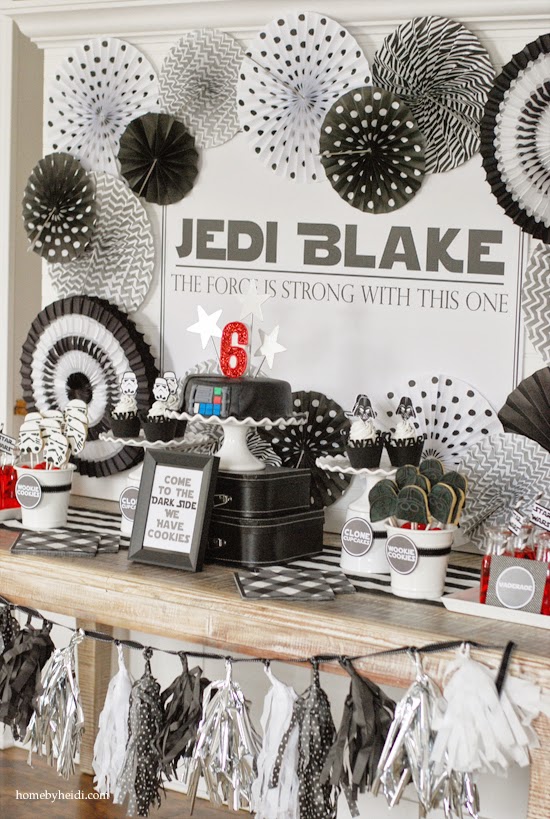 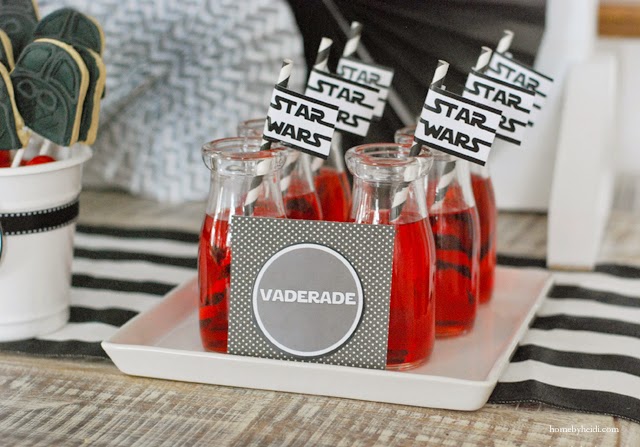 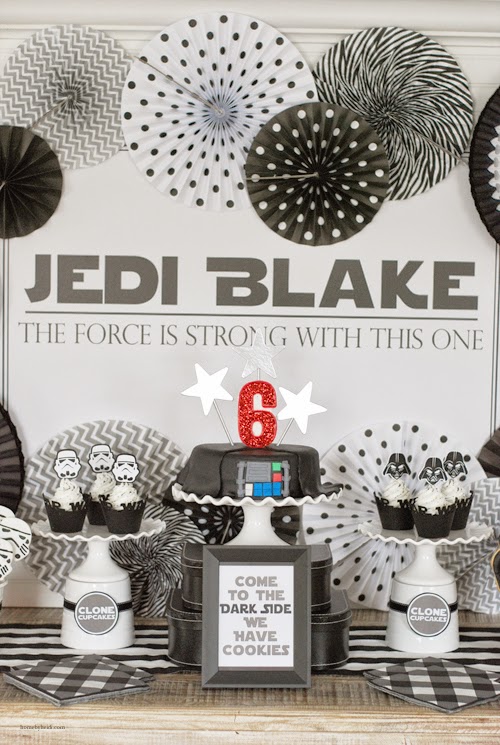 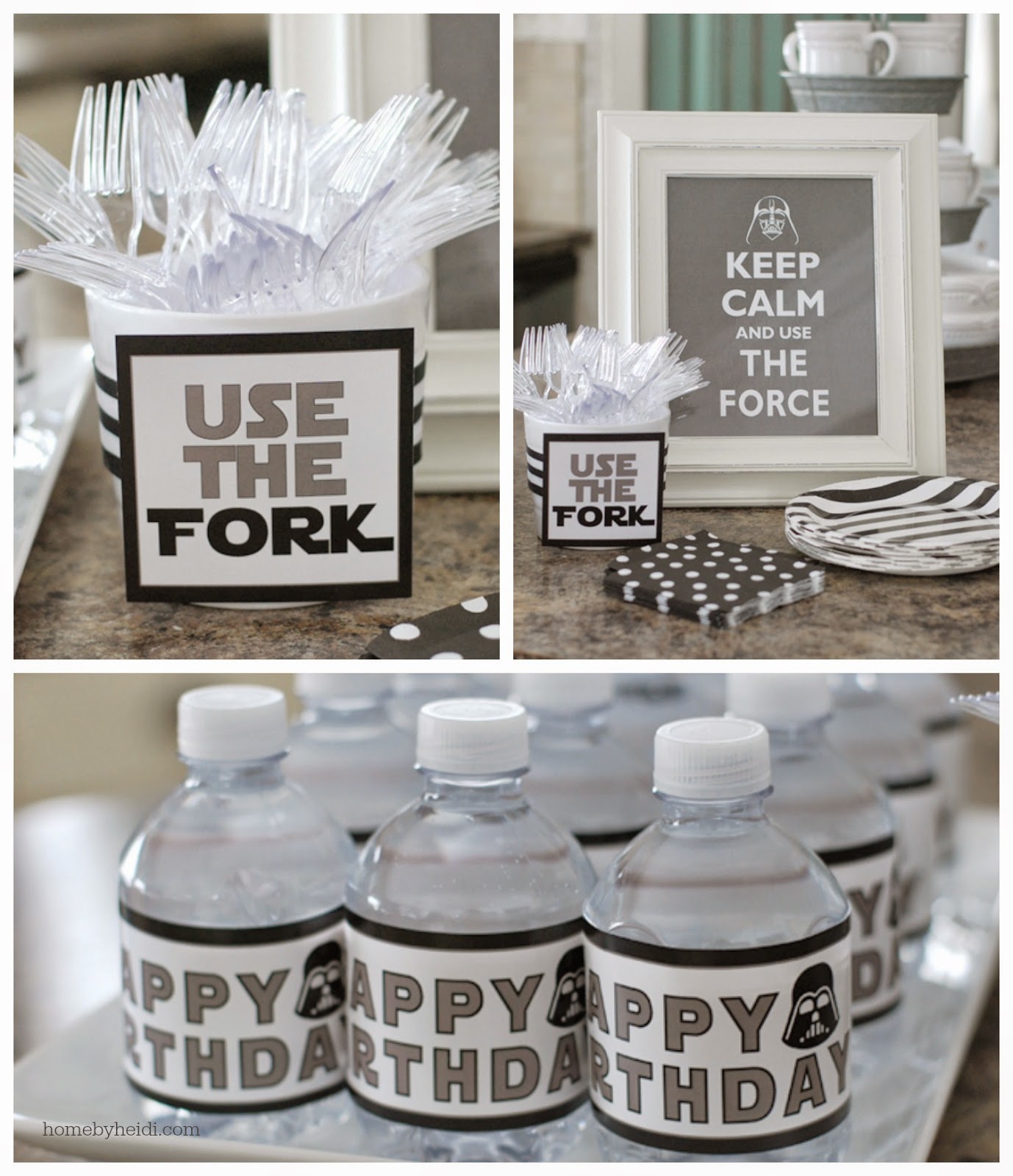 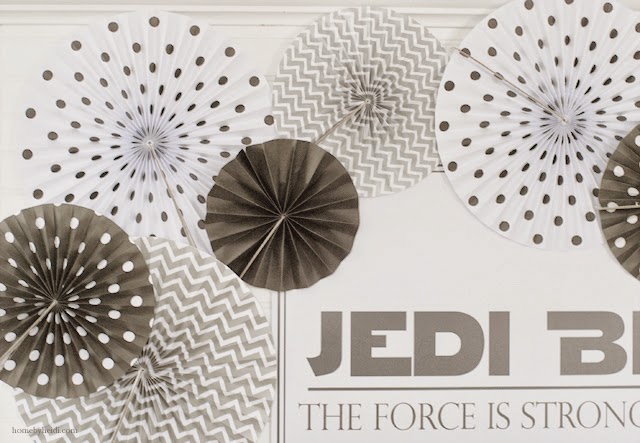 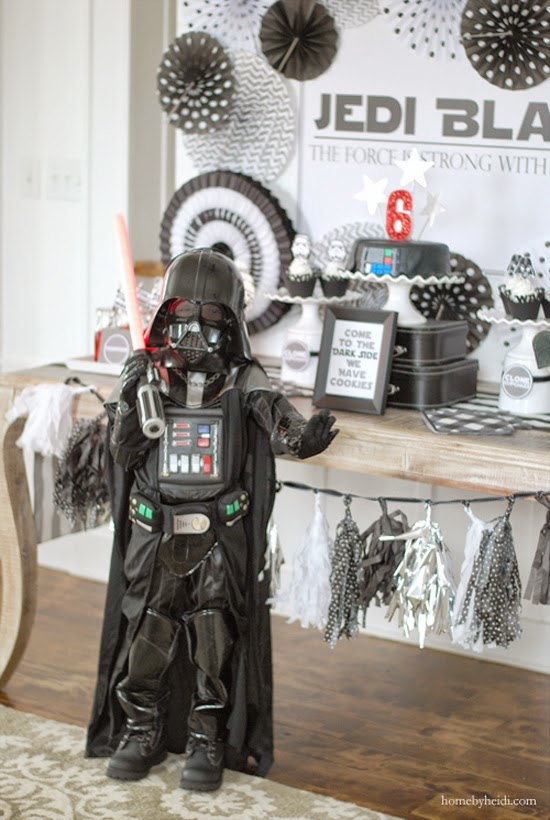 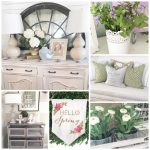 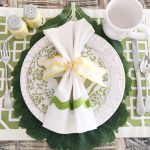 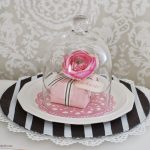 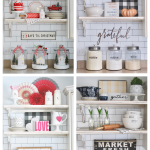 Brands I Have Worked With